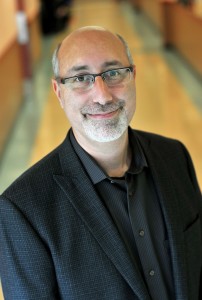 The Center is directed by Dr. Irwin M. Cohen who is the University of the Fraser Valley’s Senior University Researcher, RCMP Crime Reduction. Dr. Cohen received his PhD from Simon Fraser University for his work on the disutility of state torture. Dr. Cohen has also published many scholarly articles and book chapters, delivered many lectures, conference papers, and workshops, and written policy reports on a wide range of topics including policing issues, restorative justice, serious and violent young offenders, Aboriginal victimization issues, and terrorism. Dr. Cohen has been the co-principle investigator on dozens of research projects on a wide range of policing, youth, public policy, and Aboriginal issues. For his research in to binge drinking, Dr. Cohen received the 2007 Mothers Against Drunk Driving (MADD) Citizens of Distinction Award for Research Prevention/Education. 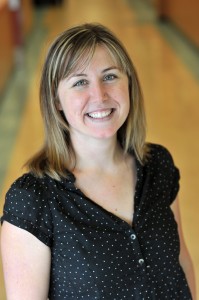 Dr. Amanda V. McCormick
Dr. Amanda McCormick is a faculty member in the School of Criminology and Criminal Justice at the University of the Fraser Valley, where she teaches courses related to social policy, young offenders, and mental health issues related to crime. She is also a Research Associate with the Centre for Public Safety and Criminal Justice Research where she conducts research on policing effectiveness and efficiency, policing strategies, and specific crime problems, such as domestic violence. She completed her PhD in 2015 at Simon Fraser University, focusing on personality disorders and serious and violent young offenders. 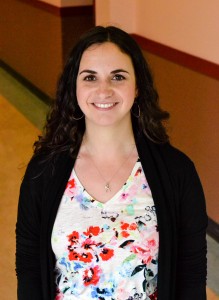 Dr. Lauren Freedman
Lauren is a limited-term faculty member at the School of Criminology and Criminal Justice at UFV. She earned her Bachelors of Public Affairs and Policy Management from Carleton University and her Master’s and Doctorate degrees in Criminology from Simon Fraser University. Her main areas of research include serious and violent young offenders, children in care in the criminal justice system, and policing. In addition to her research activities, Lauren has contributed to community initiatives with high risk populations through volunteer placements with at-risk youth in an after-school program and high risk adults in health care settings. 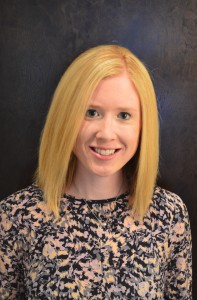 Dr. Adrienne Peters
Adrienne is a sessional instructor in the School of Criminology and Criminal Justice at UFV.  She received her Bachelor of Arts in Criminology and French from Saint Mary’s University in 2006, and was awarded her Masters in Criminology from Simon Fraser University in 2008.  Adrienne completed her PhD at SFU where she conducted research on specialized intervention and rehabilitative programs for young offenders.  Her research interests include: young offenders; serious and violent youth offending; mental health and its association with delinquency; young offender treatment, programming, and rehabilitation; the Youth Criminal Justice Act and young offender policy; best practices in policing; and collaborative crime reduction strategies.  She has presented at conferences and co-authored publications in each of these areas.  Adrienne acts as the research director for the Study on Specialized Community Case Management of Young Offenders and served as a research assistant on a number of other research projects.  She has worked and volunteered for several community-based organizations designed for vulnerable, at-risk, and criminally involved youth and families, including those that mentor young people and students.

Dr. Raymond Corrado
Dr. Raymond R. Corrado is a professor in the School of Criminology at Simon Fraser University and was an associate faculty member in the Psychology department and the Faculty of Health Sciences. He is a Visiting Professor in the Faculty of Law at department the University of Bergen and a Visiting Fellow at Clare Hall College and the Institute of Criminology, University of Cambridge. He is a founding member of the Mental Health, Law, and Policy Institute at Simon Fraser University. Dr. Corrado also was a former co-Director of the BC Centre for Social Responsibility and former Director of the Centre for Addictions Research British Columbia, SFU Site. He is on the editorial boards of 3 major criminology and forensic mental health journals. He has co-authored 7 edited books including, Multi- Problem Violent Youth; Issues in Juvenile Justice; Evaluation and Criminal Justice Policy; and Juvenile Justice in Canada, as well as having published over 150 articles, book chapters, and reports on a wide variety theory and policy issues, including youth/juvenile justice, violent young offenders, mental health, adolescent psychopathy, Aboriginal victimization, child/adolescent case management strategies, and terrorism. Currently, Dr. Corrado is a principal investigator and co-principal investigator of several research projects including 3 large-scale studies on incarcerated serious and violent young offenders, comprehensive risk management instrument for violent children and youth, and on early childhood aggression. He received his Ph.D from Northwestern in Chicago. 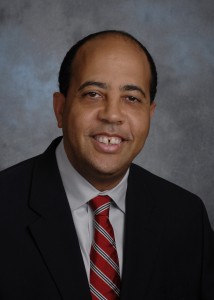 Dr. Charles Jennings
Charles Jennings, Ph.D. FIFireE has a unique and distinguished career spanning 30 years as a fire and emergency service practitioner, researcher, and consultant. Jennings has practitioner experience in multiple contexts. Most recently, he served as Deputy Commissioner of Public Safety for the City of White Plains, New York (2002-2008), and was previously Chair of the Board of Fire Commissioners for the City of Ithaca, NY. He has over 25 years of operational fire/EMS experience. There, he helped lead an integration of capabilities between police and fire functions, and led an upgrading of the City’s public safety dispatch system, including implementation of mobile computers and license plate readers. While overseeing the Fire Bureau, sick leave and fires decreased while the diversity of the Bureau’s employees increased. As a researcher, he is recognized as a leading authority on analysis of fire incident data and  emergency service deployment analysis.  Among his recent publications was an evaluation of a targeted smoke detector distribution program in the City of Surrey, BC.  He has published work in public administration and fire engineering journals.  He is on the faculty  of John Jay College of Criminal Justice of the City University of New York, teaching in the Public Administration and Fire Science programs. He also serves as Director of the  Christian Regenhard Center for Emergency Response Studies (RaCERS), <http://christianregenhardcenter.org> where he conducts research projects and organizes a monthly seminar series on topics of emergency management, homeland security, and public safety, including police, fire, and emergency medical services policy. As a consultant, he has conducted studies for fire and emergency service organizations  across North America. These projects include management studies, long-term forecasts and GIS-based deployment analyses, and special studies on fire risk.  He is also a Chief Fire Officer designee from the Center for Public Safety Excellence. He holds numerous professional memberships and holds the grade of Fellow in the Institution of Fire Engineers. 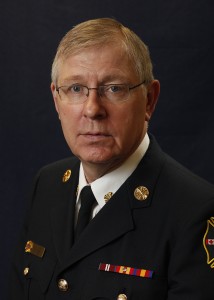 Len Garis
Len Garis is an Adjunct Professor in the School of Criminology and Criminal Justice & Associate to the Centre for Social Research at the University of the Fraser Valley, a member of the Affiliated Research Faculty at John Jay College of Criminal Justice in New York, and a faculty member of the Institute of Canadian Urban Research Studies at Simon Fraser University. Recently was appointed as an Associate Research Scientist Emeritus at the BC Injury Research and Prevention Unit. He has also been a member of the FIREfighting in Canada editorial advisory board.  As Fire Chief (Ret) for the City of Surrey, British Columbia, his focus was on addressing public safety challenges through evidence-based decision making and innovation.

Several of these initiatives have garnered awards and recognition for the City of Surrey in the past decade, including the Union of B.C. Municipalities Community Excellence Awards (for four different programs), a Lieutenant Governor of British Columbia Award for Public Safety, recognition from the Ministry of Public Safety and Solicitor General and in 2013 a Community Health and Safety Award from the International City / County Management Association (ICMA) and in 2016 a Professional Development Award from the Canadian Association of Municipal Administrators (CAMA) and an Award for Collaborative Excellence from the Canadian Collaborating Centre Injury Prevention (CCCIP).  In 2013 Chief Garis was awarded the Queen Elizabeth II Diamond Jubilee Medal for his contributions to Canadians. 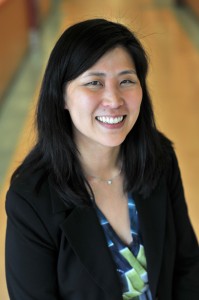 Dr. Zina Lee
Zina Lee, Ph.D., is an Assistant Professor in the School of Criminology and Criminal Justice at the University of the Fraser Valley. She completed her graduate degrees in law and forensic psychology, and a postdoctoral fellowship in clinical child psychology. Dr. Lee teaches courses in research methodology, quantitative statistics, young offenders, psychological explanations of crime, and mental disorder. Her primary research interests include the assessment and developmental expression of psychopathic personality traits and aggression in youth. Other research interests include deception, false confessions, and program evaluation. 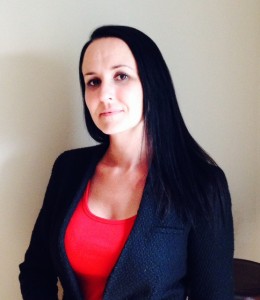 Jennifer Armstrong
Jennifer Armstrong is a research assistant for the Centre for Public Safety and Criminal Justice Research and an instructor in the School of Criminology and Criminal Justice at the University of the Fraser Valley. She is a PhD candidate at the University of Leicester, School of Law, and is looking at prior record as a consideration in Canadian sentencing decisions. Further, she has authored and worked independently or as part of a team on a wide range of policing-related studies, such as; police car crashes, auto thieves, use of DNA in investigations, automatic license plate recognition software, police wrong-doing, public complaints against the police, community crime prevention programs, public safety, victimization, perceptions of the police among the public, and use of force scenario training for police. 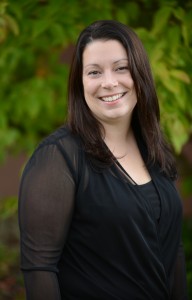 Dr. Erin Osterberg is an Assistant Professor in the School of Criminology and Criminal Justice at UFV where she teaches courses related to Psychological Explanations of Crime, Social Policy, Professional Practice, and Corrections. She is also a Research Associate with the Centre for Public Safety and Criminal Justice Research where she conducts research on policing, program evaluation, and strategies to promote improvements in public safety. In 2020, Erin completed her Ph.D. at the University of British Columbia where her research focused on police responses to gang violence in BC’s Lower Mainland. Prior to academia, Erin served for 15 years in law enforcement. First, as a Correctional Officer with the Correctional Service of Canada and then as a Border Services Officer with the Canada Border Services Agency at Vancouver International Airport. She then completed the latter half of her career as an Inland Immigration Enforcement Officer posted as the liaison to the Abbotsford Police Department. Erin is an active community volunteer, participating in fundraising activities and implementing community-led initiatives for at-risk and vulnerable youth. 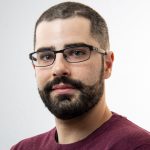 Dr. Noah S. Schwartz is an Assistant Professor of Political Science at the University of the Fraser Valley. His scholarship focuses on advocacy groups, social movements, and firearms policy in Canada and the United States. His research interests include policy evaluation and implementation, group politics and social movements; the politics of narrative and memory; and firearms policy.

Noah is a Research Associate with the Centre for Public Safety and Criminal Justice Research where he conducts research on the evaluation of firearm policies.

He is the author of On Target: Gun Culture, Storytelling & the NRA, as well as several journal articles and op-eds.

Set yourself apart as a criminal justice leader

Earning a Master's degree in Criminal Justice at the University of the Fraser Valley can help you grow your career, diversify your professional opportunities, and boost your earnings.